I'm a humble poet, not a guru 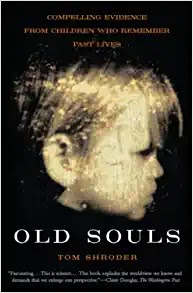 In Old Souls: Compelling Evidence from Children Who Remember Past Lives (Tom Shroder), author Tom Shroder discusses the work of Dr. Ian Stevenson that investigates the phenomenon of reincarnation and past-life recall. For thirty-seven years, Dr. Ian Stevenson has travelled the world from Lebanon to suburban Virginia, investigating and documenting more than two thousand of these past life memory cases. All across the globe, small children spontaneously speak of previous lives, beg to be taken “home,” pine for mothers and husbands and mistresses from another life, and know things that there seems to be no normal way for them to know. From the moment these children can talk, they speak of people and events from the past—not vague stories of centuries ago, but details of specific, identifiable individuals who may have died just months, weeks, or even hours before the birth of the child in question. At the age of sixteen, I had a kundalini awakening. Kundalini is a primal, evolutionary, cosmic power located at the base of the spine. When awoken, it activates one's energy body and nourishes a person's greater evolutionary potential. This allowed me to intensify my contact with my soul, and reintegrate some aspects of my mystical cultivation of my previous lifetimes. I remember a past life as a Tibetan Buddhist monk, in which I was named lama Jay (using English writing to approximate the intended phonetics). I also remember having been a Chinese warrior monk, in which I was named Kung Lao. In this life I used to say: there is no trying, only doing or not doing. I remembered some aspects of my Japanese lives; when I had visions of a white tiger, I would intuitively call this white tiger mouko. 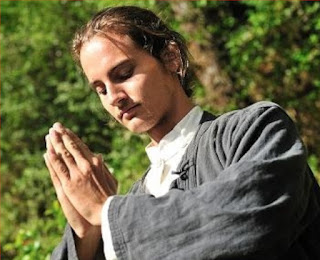 This turned out to be Japanese for fierce tiger. I have a spirit-guide whom is named Shizuka; this also happened to be Japanese, meaning Stillness. He addresses me as Kenshi; which was a title I used to have in my past lives as a Japanese warrior. I realize, of course, that I cannot really provide evidence for my claim, especially in this information age it is only too easy to contrive a story such as this. Nonetheless, I must stand for my spiritual experience, for it lies at the root of why I, as a writer, wish to talk about the Taoist ability of entering into transcendental communion with the laws and harmonizing dynamics of nature. I have devoted many lifetimes to Tao cultivation, and wish to speak from out the Taoist mystical states of being that still continuate within me. As a writer, I like to express the Taoist mystical state of being in poetically written verse novels, using the soulful language of poetry to inspire my audience in sensing that serene, Taoist communion with the secrets of nature. I also write more informative books. It is my aim to bring humanity a little closer to nature, hoping that this will contribute to a positive step forward to harmony upon this world. However, the world of spirituality is a very strange and even a very dangerous little world, tainted with all forms of human transgression imaginable. I therefore wish to emphasize that in no way do I seek spiritual status, and distance myself from the tradition of the guru-disciple paradigm. A Seeker with the dust of Lostness in his eyes, cannot distinguish between the meditating saint and a wolf pretending to be asleep. Please consider me a mere humble poet, with a little bit of mystical talent. The name Aviilokín K'shi is based upon an abandoned fictitious name that I once considered using for one of my characters in a manuscript. As I could no-longer find any use for it, I decided to use it as a penname—my pseudonym. This name should not be misinterpreted as an attempt to claim a divine identity. It is pronounced as avee-lo-keen kuh-shee; with the a as in alarm, and the lo as in low.

I would like to refer you to the following excellent authors and teachers whom have a much deeper understanding of the Tao than myself: Daniel Reid, Master Wu, Mitchell Damo, Carl Abbot, Shi Heng Yi.

This blogging platform is owned by Google. Due to its censorship , I will no-longer place posts upon this blog. You may find me on my Mind&...

Aviilokín K'shi
Born on December 28, 1985, Aviilokín K'shi is the author of several spiritual verse novels, in which the Taoist mystical union with nature is a central theme. See: https://aviilokinkshi.net